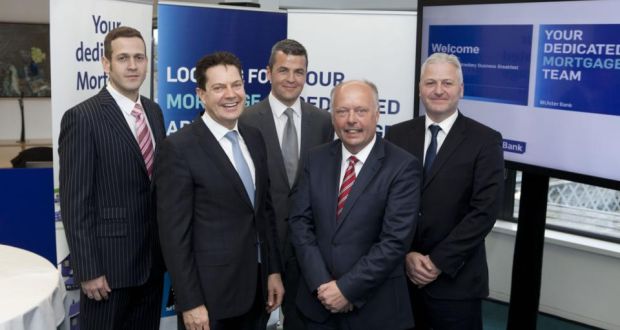 Ulster Bank’s new boss has said it will switch the loans of under-pressure dairy farmers to interest-only and advance extra working capital to customers affected by swings in milk prices. The move has been welcomed by the Irish Farmers’ Association (IFA) .

The bank’s chief executive, Gerry Mallon, told the Irish Independent that the lender wants to work with farm customers who have been affected by the slump in the price of milk to help them ride out the effect of short-term volatility.

Mr Mallon said: “This is my second milk price crisis (since working in banking) and the key is to look through the cycle.

“As a bank, you have to hold your nerve,” he added, referring to the impact on Ulster Bank’s farming customers of the decline of as much as 40pc in milk prices over the past couple of years.

Prices have tumbled here and around the world, with some dairy farmers now having to sell at below the cost of production.

While there are some tentative signs globally that prices may be rising, it will still take some time before any global improvement begins to filter through to dairy farmers.

Ulster Bank is a significant lender to the farming sector. It faced criticism earlier this year for including about €100m of farm loans in a bundle of problem assets that the bank is putting up for sale. The planned sale of the loans rankled with hard-pressed farmers.

However, Mr Mallon insisted that a sale of loans would not include the debts of any farmer who is engaged with the bank and stressed the bank’s commitment to maintaining relationships.

“Farmers have long memories,” he said. “Where necessary, we provide additional working capital and move loans to an interest-only basis. Our key message is to encourage farmers to engage with the bank.”

The IFA said that moving farmers to interest-only and providing working capital would help to alleviate cashflow pressures on members.

Martin Stapleton, the IFA’s farm business chairman, said the initiative was important, given the severe income pressures on farms this year.

He advised farmers facing difficulties to act early and get in touch with their bank manager in order to negotiate whatever arrangement works best for them.