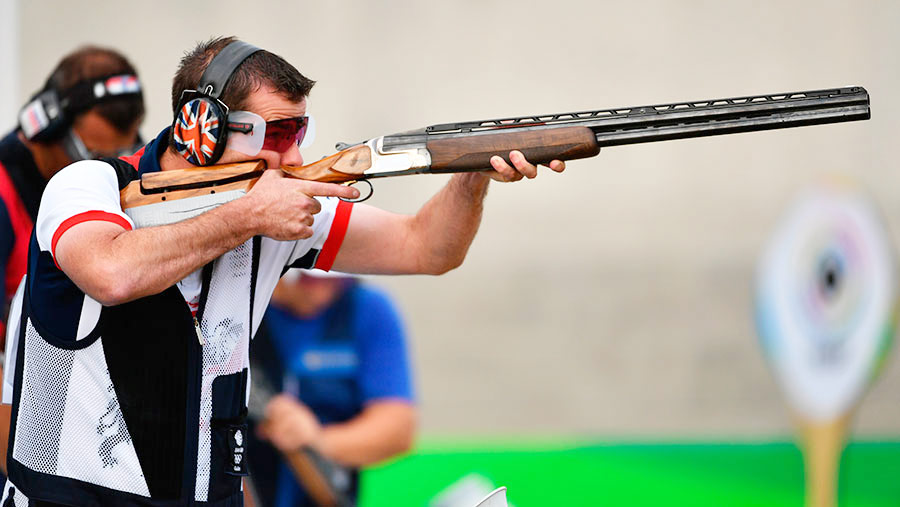 A Somerset farmer has secured a bronze medal at the Olympics and his place in the Olympic history books in Rio in the men’s trap shooting. Ed Ling, scooped the honour in Brazil by beating Czech David Kostelecky.

“It has been a dream come true to get an Olympic medal around my neck,” he said.

His family, who run an arable, beef and egg farm, were ecstatic at Ed’s success, having gathered to see him scoop the medal on the third day of the games.

Ed’s dad Steven described watching proceedings as “nerve wracking” and said he was “overwhelmed with joy when Ed won”. He added: “Ed has always had the ability and he has been shooting really well for the past couple of years.”

The sport runs in the family, who own and run a shooting ground since the early 1990s. Ed took it up when he was 12 and his father was the one who trained him.

Knowing his son would be keen to get back to help with harvest – but determined to minimise distractions – Steven may have omitted to mention to Ed that they had actually started combining.

“I wanted him to be focused out there, not worrying about what’s going on here. It is very much a mental game.”

Ed said: “I don’t expect dad has done much because he has been sat in front of the telly watching this, so it will be all hands on deck when I get back.”

The top three – how does it work?

Scores are reset and a knockout format introduced at the final stage in the shooting. Ed finished joint fourth in the semi-final, taking him to a shoot-off with Egypt’s Ahmed Kamar.

He beat Kamar to move into the bronze medal match, where he hit 13 of his 15 targets, with his opponent only hitting nine. Josip Glasnovic of Croatia took gold, with Italy’s Giovanni Pellielo heading home with the silver.

Dorset farmer’s son Peter Wilson secured GB a gold in the last Olympics in the double trap shooting. The 25-year-old, who partly attributed his interest in shooting to his upbringing on a farm, brought an end to Great Britain’s 12-year medal drought in shooting.