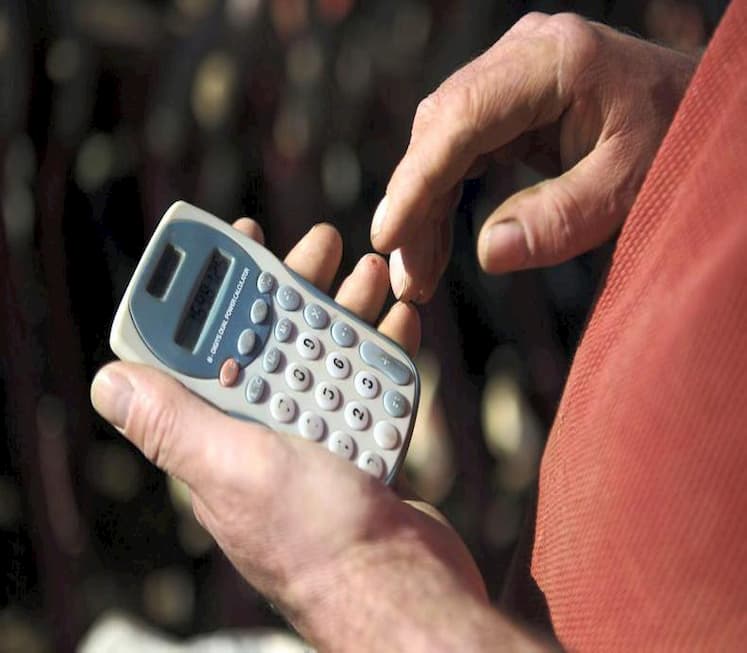 While the TAMS II scheme was omitted from the main budget documents earlier on Wednesday, the Minister has said that he is “also providing €80m for TAMS to support investment on farms and the continuation of the scheme”.

Some new details have been revealed on the €45m COVID beef scheme.

There will be €40m for the Beef Sector Efficiency Pilot, which the Department has said will be based on the BEEP-S scheme.

The Department will also be “providing an additional €5m for a new calf weighing measure to support beef farmers rearing dairy calves”.

Some €17m has been allocated to the Sheep Welfare Scheme for 2021.

Some €10m has been ring-fenced for the tillage sector in Budget 2021.

Minister McConalogue said he is “extremely conscious of the pressures on the tillage sector this year”. This €10m will come from an overall fund of €79m for “a number of pilot measures in the agri environment area”.

There will be “new initiatives” for farm safety funded from this €79m too.

Minister for Agriculture Charlie McConalogue has announced that the €3.4bn recovery fund to support sectors particularly affected by a no-deal Brexit and COVID-19 will be open to the agriculture sector.

How much will be available to the sector is unknown at this time.

Any details on Targeted Agricultural Modernisation Scheme (TAMS II) funding or a rollover of the scheme have been left out of Budget 2021.

The possible absence of a scheme in 2021 is likely to lead to a surge of applications before the closing date in 2021.

News correspondent Barry Cassidy takes a look at the new REPS scheme in the context of the budget.

Some clarity on what the new REPS could look like has also been provided.

The new funds will be used to “create an innovative, results-based pilot scheme for farmers who improve the biodiversity and carbon management of their land”.

Farmers will be required to undertake specific actions to generate these results.

You can read more on REPS and the budget here.

The Department of Heritage has been allocated almost €96m in Budget 2021.

This is to be spent on an “expanded programme of peatlands restoration, biodiversity investment and conservation works”.

It will also be spent on expanding the National Parks and Wildlife Service’s Farm Plan Scheme (examples of schemes here include the Corncrake scheme) and “advanced conservation and restoration of protected natural heritage areas.”

Met Éireann will establish a national flood forecasting and warning service and will update its existing weather radar infrastructure.

Budget documents show an additional €132m capital allocation to the National Broadband Plan in 2021. This allocation will help to connect thousands of homes and businesses to high-speed fibre in 2021.

“Rural communities will no longer be left behind,” the Government document reads.

An extra €25m in current expenditure has been allocated to the Department of Agriculture for extra staff and additional funding for Bord Bia in respect of Brexit.

Another €4m in capital expenditure is to be provided to the Department of Agriculture to provide for necessary Brexit infrastructure next year.

No change to pension age

There will be no change to the pension age in next year’s budget and it will remain at 66.

Funding for the Organic Farming Scheme has been increased by 33% to allow it to be reopened for new entrants, according to Budget 2021 documents. The scheme last opened to new farmers at the end of 2018.

Ireland has one of the lowest levels of organic farming in the EU, with just 2% of land area under organic management practices compared with an EU average of 8%.

The EU’s Farm to Fork strategy sets a target of 25% of EU land under organic management by 2030.

An additional €45m has been secured for next year to roll out a COVID-19 beef scheme that will be aimed at improving carbon efficiency on farms.

The scheme will be the successor to the BEEP-S scheme, which itself replaced the temporary BEEP scheme.

An allocation of €45m is similar in scale to BEEP-S and is the main provision in the budget to support beef farmers.

Details on the scheme will likely emerge in the coming days and weeks. However, it is clear the focus will be on the environment and emissions.

Minister for Public Expenditure Michael McGrath has announced that €100m from carbon tax income will be allocated for increasing the energy efficiency of homes.

That’s an 82% increase and will allow for an expansion in the Warmer Home Scheme and new schemes that will help homeowners retrofit their homes up to a BER rating of B2.

This, the minister said, will help to reduce greenhouse gases and support thousands of jobs in the construction industry.

Food ombudsman gets the green light

One of the main measures to be implemented as part of the Department of Agriculture’s increased allocation is a new food ombudsman.

A national food ombudsman was a commitment in the programme for government and is set to police the relationship between primary producers and processors.

Department of Agriculture to receive an extra €179m

The Department of Agriculture is to receive an increased allocation of €179m on last year’s allocation. In total, the Department will have €1.8bn to spend in 2021.

Minister for Public Expenditure Michael McGrath said: “Supporting our farmers and our rural communities as they respond to COVID-19 and Brexit is an important policy objective for this Government.”

The extra funding will be for additional Brexit controls, a new food ombudsman and a range of agri-environmental pilot schemes.

The extension of consanguinity and consolidation relief has been warmly welcomed by Macra na Feirme.

“These tax reliefs are essential to young farmers. Macra fought hard for the extension of these reliefs to deliver for young farmers,” said president Thomas Duffy.

The Government will announce a range of new agri-environmental pilot schemes to be rolled out across 2021.

Documents seen by this newspaper show a total of €79m has been allocated to new agri-environmental and other farm support measures.

Increasing the level of environmental ambition has been a key touchpoint of Budget 2021.

The money will allow for the rollout of a much-touted pilot ‘REPS-style’ scheme.

With an extension secured for farmers already in GLAS, the funds will be used to introduce new environmental measures to support actions by farmers not currently in an agri-environmental scheme.

This means it is likely new entrants to farming since 2016, after GLAS was rolled out, and farmers whose AEOS contracts finished in 2018 will be first in line to take up the new measures.

Crucial schemes to be extended for 95,000 farmers

Budget documents seen by the Irish Farmers Journal show that the Government will extend farm schemes including GLAS, ANC, BDGP and the Sheep Welfare Scheme.

This was essential for farmers with no CAP budget in place for 2021 and a likely transition period of two years before one will be put in place.

Farmers had feared they would lose more than €215m in scheme payments from 31 December 2020. Farmers in GLAS alone are facing the loss of €150m when their contracts end in December.

The Government has introduced a once-off hardship fund of €50m for all students affected by COVID-19.

This works out at about €250 per student. For students studying agriculture, veterinary and so forth at third-level, this is a measure worth noting.

Minister Donohoe has renewed the relief on stamp duty, which allows farmers to pay a lower rate of 1% on land transactions for farm consolidation, for two years.

The 1% rate will be in place until the end of 2022 and that renewal date will coincide with the renewal date for Capital Gains Tax reliefs.

The price of a packet of cigarettes is up by 50c per pack. This will bring the price to €14 for cigarettes in the most popular price category.

Consanguinity to be renewed for three years

Minister for Finance Paschal Donohue has proposed to extend consanguinity relief, which had been due to expire at the end of the year, for a further three years to the end of 2023.

The relief applies to the transfer of farmland between certain blood relatives whereby the applicable rate of stamp duty is reduced from 6% to 1%.

It will add 1.937c/l to the cost of a litre of green diesel, bringing the total carbon tax on agri diesel to 8.97c/l.

If a typical tank fill is about 2,000l, the expected increase will cost a farmer €38 every time the tank is filled.

The earned income tax credit for those who are self-employed is to be equalised with the PAYE credit, an increase of €150 to €1,650.

There will be just under €18bn in the budget for 2021, with Paschal Donohoe stating the “impact of the budget will be felt in every household and business across the country”.

Minister for Finance Paschal Donohoe says: “This year while we continue to prepare for Brexit, we are also now responding to first global pandemic in a century.”

He added that COVID-19 is an “invisible enemy” that has caused great suffering and disruption.

He said the budget is framed on the “basis of no bilateral trade deal between the EU and the UK” – a no-deal Brexit.

What farmers should watch out for

A budgetary allocation for REPS, potential extensions to schemes such as GLAS, TAMS and BDGP and the carbon tax are among the big-ticket items for farmers.

admin October 14, 2020
By the time Shahra was introduced to VertiVegies founder Veera Sekaran at a friend’s party in 2017, he was hungry to make
Read More
add comment 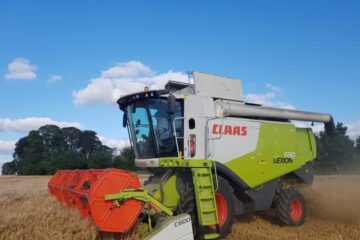 admin August 10, 2020
With July now over, tillage farmers have started the harvesting of winter barley and crops. In a few short weeks the spring
Read More
add comment 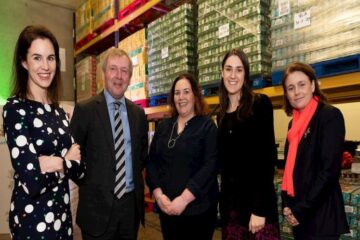 admin July 14, 2020
The Minister for Agriculture, Food and the Marine, Barry Cowen T.D., has announced the projects that will receive funding this year from
Read More
add comment
DairyEditors ChoiceNews

admin July 7, 2020
The latest Global Dairy Trade (GDT) event has finished with a strong boost to the index, for a fourth consecutive increase in
Read More
add comment 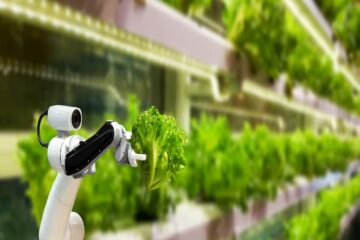 admin July 6, 2020
Agriculture is a very good example of one of these industries that has gone through a substantial technological shift in recent years.
Read More
add comment 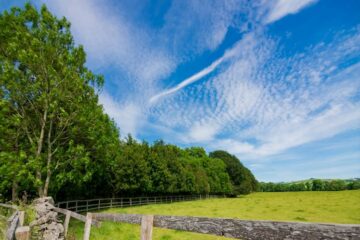 admin July 3, 2020
Field Boundaries Field boundaries are a common feature of the Irish countryside. Those of value to wildlife include: HedgerowsStone wallsFencesWatercourses They are
Read More
add comment
DairyEditors ChoiceLivestock 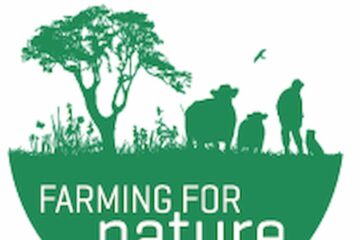 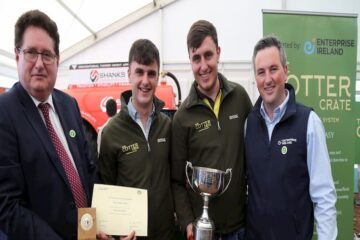