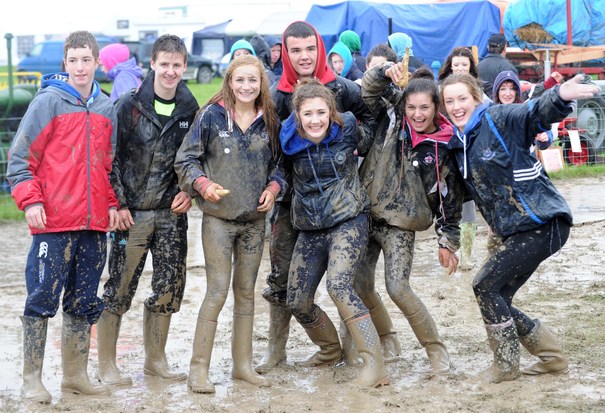 Farmers attending the final day of the ploughing in Tullamore should pack their wellies and wet gear, as heavy rain showers are expected.

The final day of the National Ploughing Championships is forecast to get off to a bright and cool start, according to Met Eireann.

However, cloud will build up throughout the morning and heavy showers will extend eastwards in the afternoon and evening.

Temperatures will reach highs of 14 to 16 degrees, with winds set to gust at up to 20km/h, it says.

With the risk of heavy rain on the final day and the site becoming a little mucky in places, waterproof footwear and rain gear will be a necessity for anyone making the trip to Tullamore.
Plan you route in advance

Gardai have advised visitors to the ploughing to plan their route early and to follow the routes put in place under the traffic management plan.

The Bandstand will see music entertainers such as Peter Kennedy, Killeigh Comhaltas, the Duets and the Philip English Duo taking to the stage.

The final of the National Brown Bread Baking competition will also take place on the Final Day of the ploughing, with the final results of the ploughing classes also being announced at the end of the day.

Plenty of muck at Day Two of the Ploughing