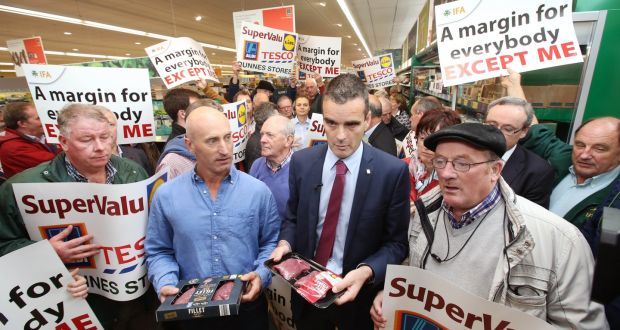 Farmers, angry at what they see as aggressive cuts to beef prices, staged a protest outside Aldi supermarket in Tullamore on Wednesday.

The Irish Farmers’ Association (IFA), which led the protest, accused retailers and processors of short-changing farmers and misleading consumers over what it claimed was the unfair share out of the price in the supply chain.

“Retailers are guilty of using farmer profiles to market our top quality beef to consumers pretending they are returning a fair price to the farmer,” IFA president Joe Healy said.

“However, the reality is retailers are turning their backs on farmers by allowing processors to drive down prices to unsustainable loss-making levels,” he said.