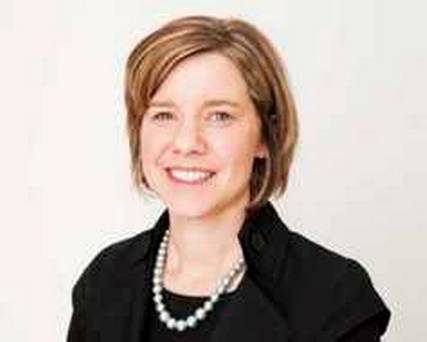 Irish farmers are in a relatively healthy position on debt levels

Market volatility has become a major cause for concern in the farm sector. Earlier this month ICOS, in their budget submission, called for an income stability tool, a co-op structured agri-taxation measure that would allow a farmer to voluntarily defer up to 5pc of income.

Further afield, the issue of volatility is also exercising the minds of policy makers. At the recent Rural Development conference in Cork, Commissioner Hogan said he is ready to revamp the EU’s income stabilisation tool to make it more attractive to farmers. The tool, which was introduced under the last CAP reform, has not been implemented in Ireland and in fact only in a few countries.

Farmers worldwide are suffering from the current slump in commodity prices. At the end of last month the USDA forecast farm incomes in the US to fall for the third consecutive year to their lowest level since 2009. In July Teagasc economists forecast average farm income to fall for all of the main farm sectors in 2016. So spare a thought for the farmer with significant debt levels. How are they coping in the current market slump and with the volatile future ahead?

While Irish farmers collectively have debts totalling €1.8bn, an interesting, and little known, statistic from the Teagasc National Farm Survey is that almost two-thirds of Irish farmers have no farm business related debt. The incidence of debt varies considerably by farm system. Unsurprisingly, dairy farms are the most likely to have debt and at the highest level, whereas sheep farms are the least likely.

The average level of borrowings on dairy farms is more than three times that on sheep farms.

With significant expansion taking place in milk production over the last number of years it is no surprise that many dairy farmers find themselves deeply indebted.

Dairy farmers invested over €300m on their farms in 2015 alone, a year when the milk price was not particularly encouraging for investment. At current milk prices many dairy farmers are struggling to cope with repayments on borrowings.

What is surprising however, is the debt-to-income ratio on farms.

When the level of debt is compared to the income generated by the farm, we actually see that cattle rearing farms are in the poorest position. The very low incomes generated on these predominantly suckler farms means that despite relatively low debt levels, the debt-to-income position is still not good. But when we look internationally we see that Irish farmers are in a relatively healthy financial position. The average debt levels per farm in Ireland are about three-quarters of the EU average and about just 10pc of the average levels in Denmark.

Despite our strong position internationally, Irish farmers are still struggling with repayments in the current market environment.

While some initiatives offered by private companies such as Glanbia’s Milk Flex fund, which offers suppliers flexible loans where repayments can vary according to movements in milk price, are welcome, more could be done from Brussels.

The EU lags significantly behind the US in offering publically operated or supported risk management tools to farmers.

A report by the Brussels-based think-tank Farm Europe shows that the income stabilisation tool has only served around 10,000 farmers across Europe and that the EU has invested less than 1pc of the CAP budget in insurance related risk management tools.

Greater public support for education programmes around the use of financial risk management tools such as future and forward contracts would also be desirable.

Full Story from the Irish Independent