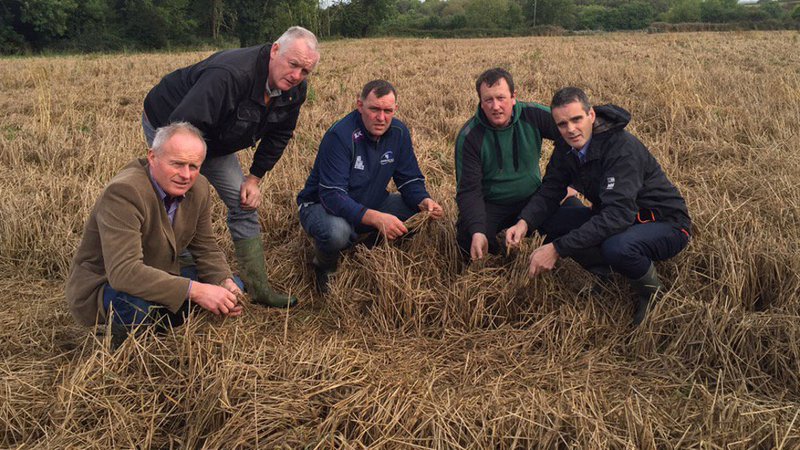 The Irish Farmers’ Association has called for Government intervention as hundreds of farmers face the loss of crops due to bad weather.

Heavy rain in the western half of the country in recent weeks has threatened the viability of this year’s grain harvest for many farmers.

It is also affecting the volume of fodder that can be gathered for the winter months.

IFA president Joe Healy is visiting a number of farms across the region today to review the extent of the difficulties and the impact they are having on incomes.

Mr Healy has called on Minister for Agriculture Michael Creed to increase supports available to farmers in the areas hit by persistent bad weather.

He says the situation is diabolical and the incessant rain over the weekend is not helping.

Mr Healy said some grain farmers were facing a “complete wipeout” this autumn.

The IFA wants aid to be provided to tillage farmers who have suffered crop losses.

It is also seeking flexibility on slurry spreading, a fodder scheme to compensate for lost hay or silage and prompt payment of all farm scheme monies.

Mr Healy has also appealed to farmers to assist their colleagues, where possible, either through use of machinery or by providing assistance with harvesting.

Mr Creed this week announced he is to convene a meeting of stakeholders in the tillage sector because of falling prices and difficulties with the domestic harvest.

The move follows claims by grain farmers in coastal parts of Cork, Waterford, Wexford, Galway and Donegal that they are facing financial ruin.

The stakeholders’ meeting will take place on 6 October and will include representatives of growers, compounders, the food and drinks industry, suppliers of inputs, State agencies and others.