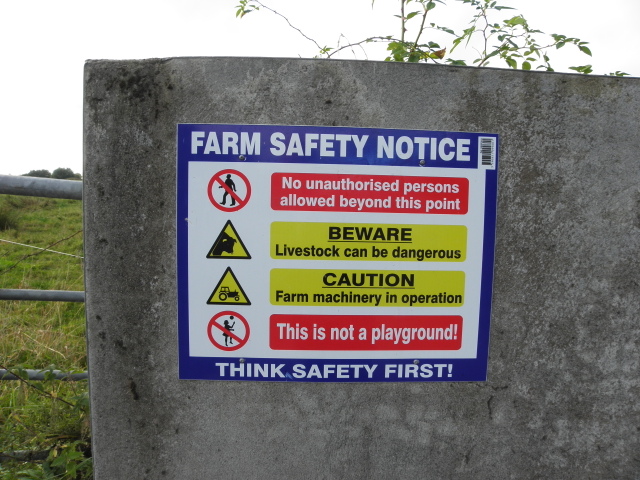 The number of farm deaths rose last year, despite an overall reduction in people dying in the workplace.

The number of deaths on farms remained high, with 21 reported in 2016, compared to 18 in 2015. Construction fatalities were down to nine in 2016, from 11 in 2015. There was a reduction in the number of fishing related deaths down to three in 2016 from five in 2015. The transportation and storage sector had one fatality compared to four in 2015.

Across all sectors, accidents involving vehicles accounted for nearly half (20) of all fatalities in 2016. The county with the highest number of fatalities in 2016 was Cork with eight reported, followed by Kerry and Meath with four each. The majority of work-related deaths (30) involved 25-65 year old males. However, there were nine men over 65 killed in the agriculture sector.

Martin O’Halloran, Chief Executive of the HSA said he welcomed the reduction in the number of work-related fatalities last year, the lowest number since 2009.

Number of workplace deaths by sector:

“It is especially important that as the numbers at work increase, accident rates are moving in the opposite direction. Nevertheless we must not forget the many families that experienced devastation and tragedy in 2016. It was a time when they lost loved ones due to events that should have been prevented.”

“However, it is clear that there is a systemic problem with safety on our farms. For the last seven years the agriculture sector has recorded the highest number of fatalities. Safety must become an integral part of farming culture, rather than an afterthought.

“Our farm safety walks and knowledge transfer groups are designed to effect long-term behavioural change and it is only through this type of transformation that we will see a significant reduction in farm deaths.”

For the full story