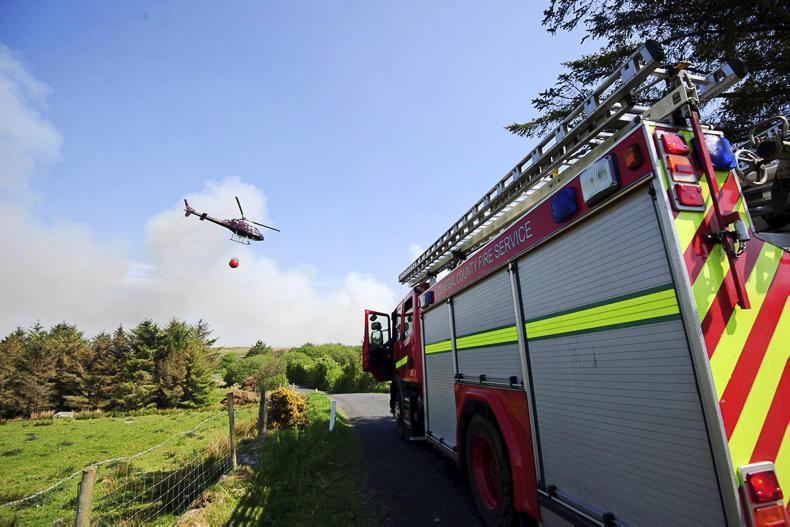 A shed containing fertiliser, as well as bales of hay and straw, was destroyed in a fire on a farm in Tyrone on Saturday.

A fire on a farm near Bready, Co Tyrone, on Saturday evening destroyed a shed containing bales of hay and barley straw as well as 12.5t of fertiliser.

Speaking to the Irish Farmers Journal, a spokesperson for the Northern Ireland Fire and Rescue Service (NIFRS) said that a call to emergency services was received at around 4.15pm on Saturday.

“Crews were able to bring the fire under control and prevent it spreading to adjoining sheds. The shed was destroyed in the fire along with the hay and barley and a small quantity of fertiliser. The fire was believed to have started accidentally,” they said.

In total, 23 firefighters, four fire appliances, an aerial appliance and a water tanker attended the scene. “The incident was brought to a close at 10.23pm,” the spokesperson said.