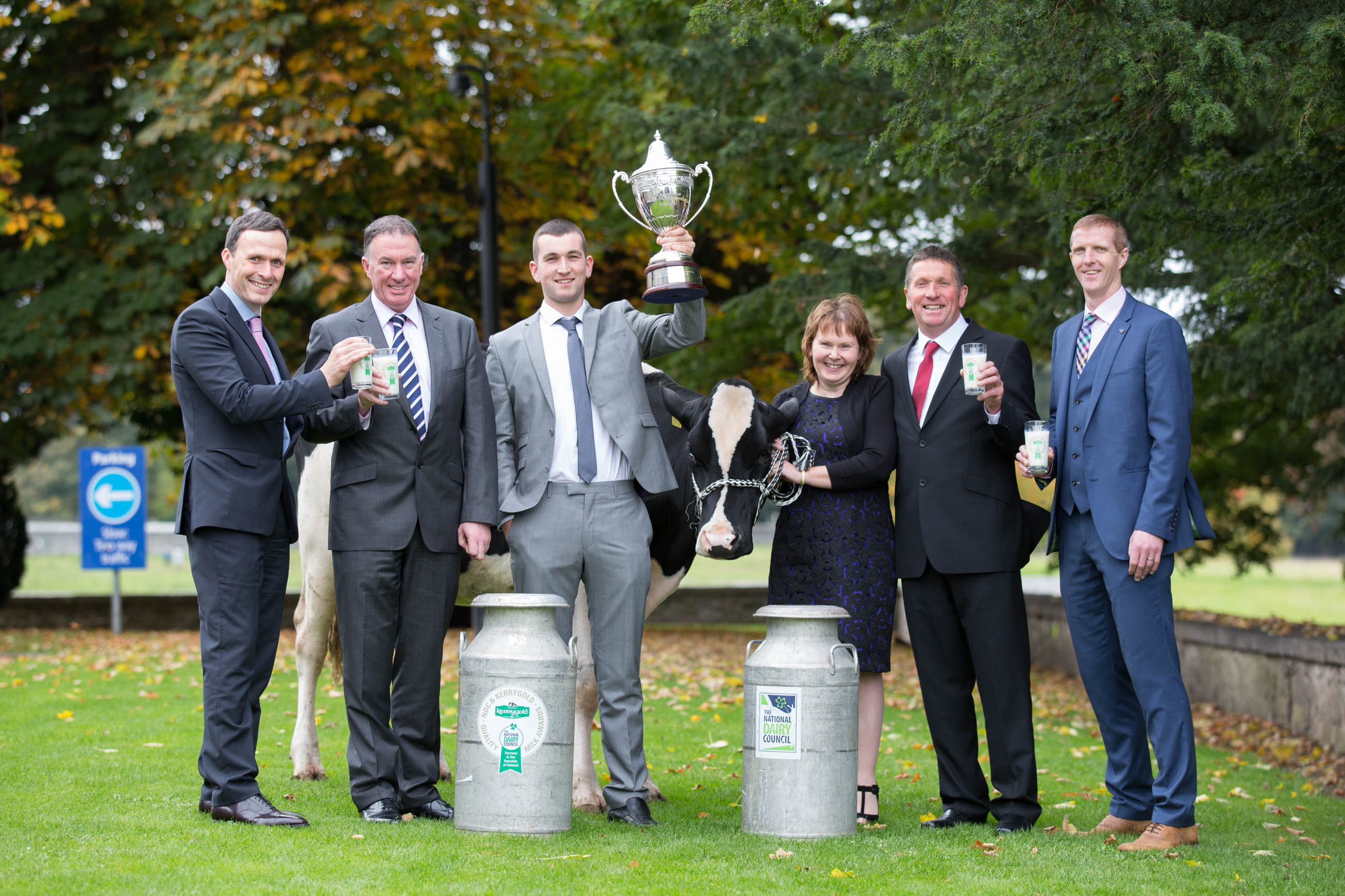 The country’s top prize for quality milk has been awarded to Tom and Moya Power, from Drumhills Farm, Cappagh, Co. Waterford who supply their milk to Glanbia Ingredients Ireland Ltd.

The winners for the National Dairy Council (NDC) and Kerrygold Quality Milk Awards were announced in Dublin today with presentations to 10 of Ireland’s top dairy farmers by hurling legend Henry Shefflin.

Winners Tom and Moya Power were accompanied by Tom’s parents Jim and Brid Power and received a prize of €5,000 and the coveted NDC and Kerrygold Quality Milk Awards perpetual cup.
About the winners

Tom and Moya are the fifth generation of their family to farm at Drumhills farm, where they farm a total of 125 hectares (65 hectare milking platform) and last year the pair milked 200 cows, producing an average yield of 6,200L.

“One of the key elements I took from farming alongside my parents is their emphasis on attention to detail in every aspect of farming practices,” Tom said.

“Another crucial element to our farm is our helping team.

Although my father, Jim, has taken a step back over the years he is still a machine to work with and an encyclopaedia of knowledge alongside my mother Breda,” he said.

Seven farms were also present with national category awards at the awards ceremony.

To find out more about the finalists in the National Quality Milk Award visit www.qualitymilkawards.ie