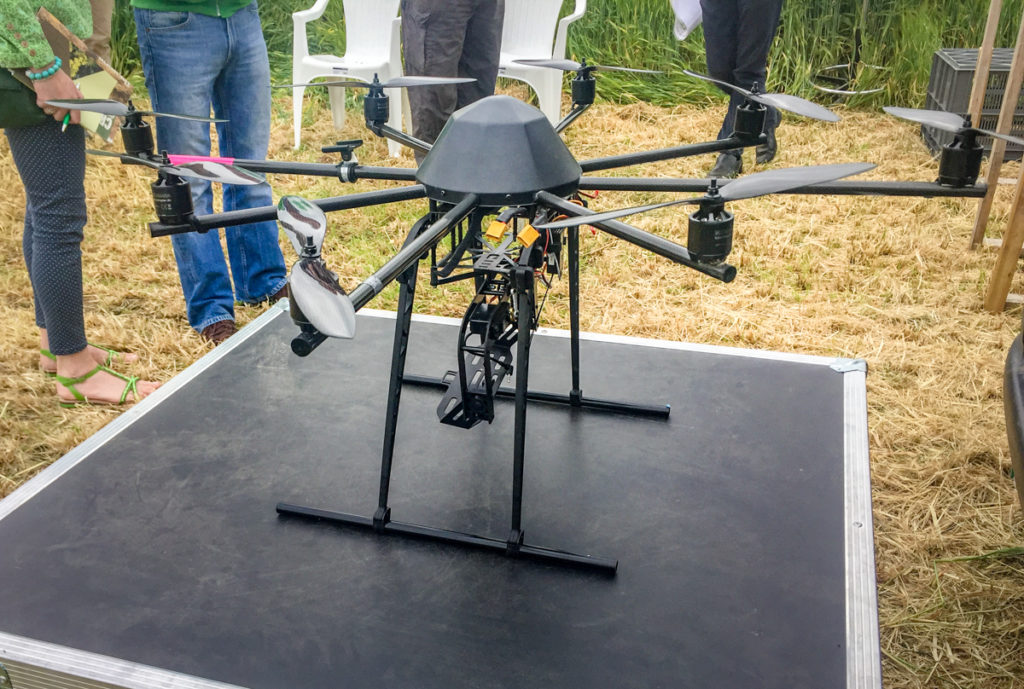 A recently-established project in Teagasc Oak Park is using state-of-the-art technology to identify the nitrogen requirements of cereal crops.

The project led by Teagasc’s Richie Hackett is aiming to make nitrogen advice more site specific by sensing whether a crop is rich or deficient in nitrogen.

The project is centred on using drones and a crop sensor, to measure the reflectance of various different wavelengths of light.

“Incoming light is made up of green, blue, red and infrared light and is reflected differently by good crops and bad crops.

“We can measure the difference in how each wavelength is reflected off the crop and that tells us if that crop is deficient in nitrogen or not,” he added.

However, he noted that the project is still in its infancy; but if it is successful, it can be used to identify crops that are deficient in nitrogen and possibly avoid any potential yield losses.

Similarly, he added, the system could be used to reduce excessive nitrogen applications on some crops.

Despite the possible benefits of the system, Hackett said that tillage farmers should continue to focus on other deficiencies first; these include phosphorus, potassium and other trace elements.

“But, if it’s not healthy because of another deficiency – such as sulphur – it won’t be able to tell what the crop is deficient in.

You will have to use your own background knowledge to figure that out, he added.

“In terms of nitrogen, it has to be the last nutrient you are working with. You have to make sure the phosphorus, potassium and other trace element deficiencies are dealt with before you address nitrogen,” he concluded.