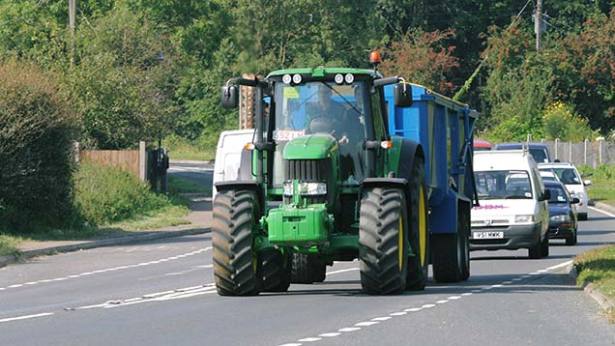 Tractor ‘NCT’: What you need to know

Details emerged last week that the Road Safety Authority (RSA) is drafting legislation for the introduction of compulsory road-worthiness testing of so-called “fast tractors” by May 2018.

There are currently around 8,000 tractors on farms that could be subject to the RSA’s new road-worthiness test. Here’s what we know about the draft legislation so far.

What tractors will it apply to?

Tractors capable of driving at speeds greater than 40km/h that are used for commercial road haulage and aged four years or older.

What specific road haulage do you mean?

The RSA says testing will be required for tractors mainly used in hauling for hire or reward or on the owner’s “own account”.

When will tractors have to be tested?

Tractors will be required to be tested four years after first registration and every subsequent two years.

How many tractors in Ireland be affected?

An estimated 8,000 tractors currently on farms will require testing, as well as new tractors being sold now that will come into the testing net four years after first registration.

How much will it cost to get a tractor tested?

No figure for cost of testing has currently been made available.

What will the testers be looking at?

The testing details have not yet been confirmed but it is expected involve visual tests for lights, mirrors and windscreens, along with a measured examination for braking performance and emissions.

Where will tests take place?

It has been proposed that testing will occur at existing CVRT test regime, where jeeps and other commercial vehicles are tested at present.

What will be the penalty if I don’t have a road worthiness certificate for my tractor?

Using a tractor for haulage without a valid cert will result in five penalty points on your licence, a possible fine of up to €3,000 and prison sentence.

Is this already law?

The RSA is currently drawing up draft legislation to submit to the Department of Transport, which will then be enacted by Minister Shane Ross.

When is it coming into force?

The legislation will come into operation from May 20, 2018.

Compulsory housing order for poultry in Ireland extended to April 30