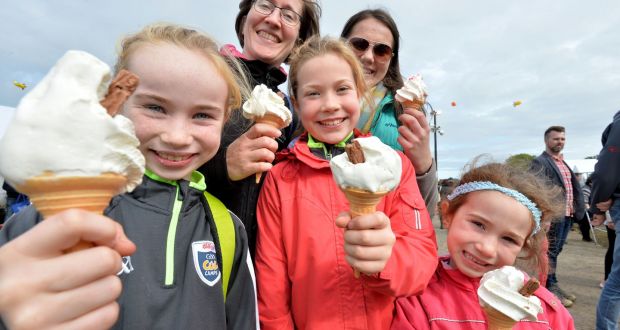 It was a record year for numbers attending the National Ploughing Championships. Despite the general mood of gloom in the farming community and inclement weather on the second and third days, some 283,000 attended over the three days.

That is 2,000 more than came to last year’s event in Ratheniska, Co Laois, which was also a record.

Some 78,000 people attended on the last day. The undoubted stars of the last day were the O’Donovan brothers, Paul and Gary, who won silver medals at the Rio Olympics in the lightweight sculls. Large crowds turned up to see them sign autographs and have photographs taken with the Olympians.

The Screggan site outside Tullamore proved a success with no reports of traffic problems.

She said the same venue will be in the running to host the occasion next year. “It is definitely a central consideration given that it has been a success.”
Competitive

The World Ploughing Championships has taken place in the Republic of Ireland on five previous occasions.

Eamonn Tracey from Carlow and John Allen from Wexford will represent Ireland in the world championships next year. Both men finished second and third respectively at the world event in York earlier this month.

The Tracey family made history at the National Ploughing Championships, becoming the first to have three generations competing in the same category.

Along with Eamonn, a former world champion, was his father John and Eamonn’s son John.

Full Story from The Irish Times

Most Successful Championships Ever!