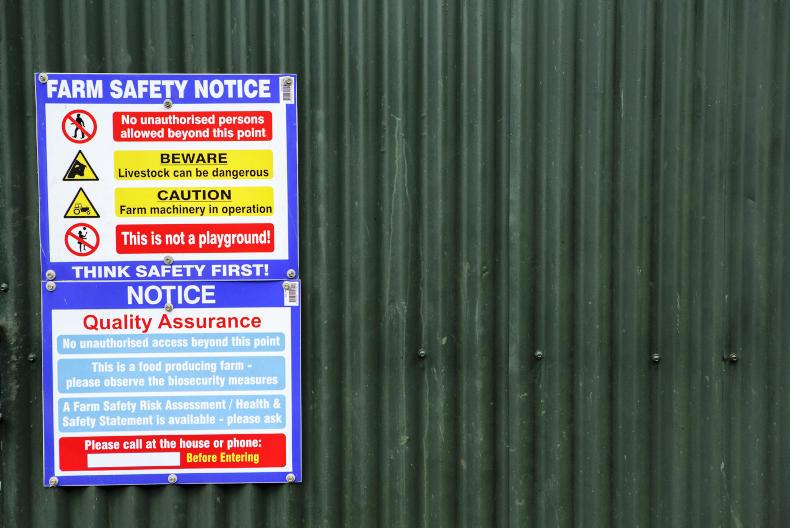 The country’s workplace safety agency says it currently does not have sufficient resources to perform all of its duties to the highest standard, according to the organisation’s chief executive.

Speaking on RTÉ’s This Week on Sunday, Martin O’Halloran, chief executive of the Health and Safety Authority said that an additional 50 inspectors were needed to ensure farm safety.

Over the past decade, 200 people have lost their lives on Irish farms. Despite this, the number of farm inspections carried out by the HSA has fallen from 3,112 to just over 2,000 between 2012 and last year.

Mr O’Halloran said the HSA was stripped of resources around the time of the recession but needed those back, now that employment levels had surged again across various sectors.

“Peak employment took place in 2007 when around 2.1 million people were in employment. We’re now at 2.69 or thereabouts million in employment so we’re as close as almost makes no difference to being back at peak employment. Unfortunately we’re not resourced to match that level,” Mr O’Halloran said.

“Construction is growing rapidly. Agriculture, with the abolition of the milk quota, has become somewhat more intense in the dairy sector and that is the higher risk subset of agriculture,” Mr O’Halloran said.

“What I can say is that I have made some proposals to the board [of the HSA] and the minister. We’re hoping that our submissions to redress the resources issue will be acted on,” Mr O’Halloran said.

“We have carried out a very objective evidence-based analysis and we developed a workforce plan in which we estimate that the number of people we would require in the organisation over and above what we have at the moment to deliver our mandate to appropriate quality standard would be about 50 more people,” Mr O’Halloran said.

However, the Minister with responsibility for workplace safety, Minister of State at the Department of Enterprise Pat Breen, would not state specifically whether he could guarantee that the HSA would get the full complement of extra staff it says it needs.

He said the HSA were hiring 11 people under a recruitment drive but added that “it’s not all about inspections”.

Mr Breen said that while resources and inspections had their place, that “working together and collaboration was also important”, with reference to what he called a “round-table” which he said he had held on the subject of farm safety between his department and other stakeholders and farm organisations. He said he had asked them for submissions on the subject.

Mandatory ABS on all tractors over 40kph?