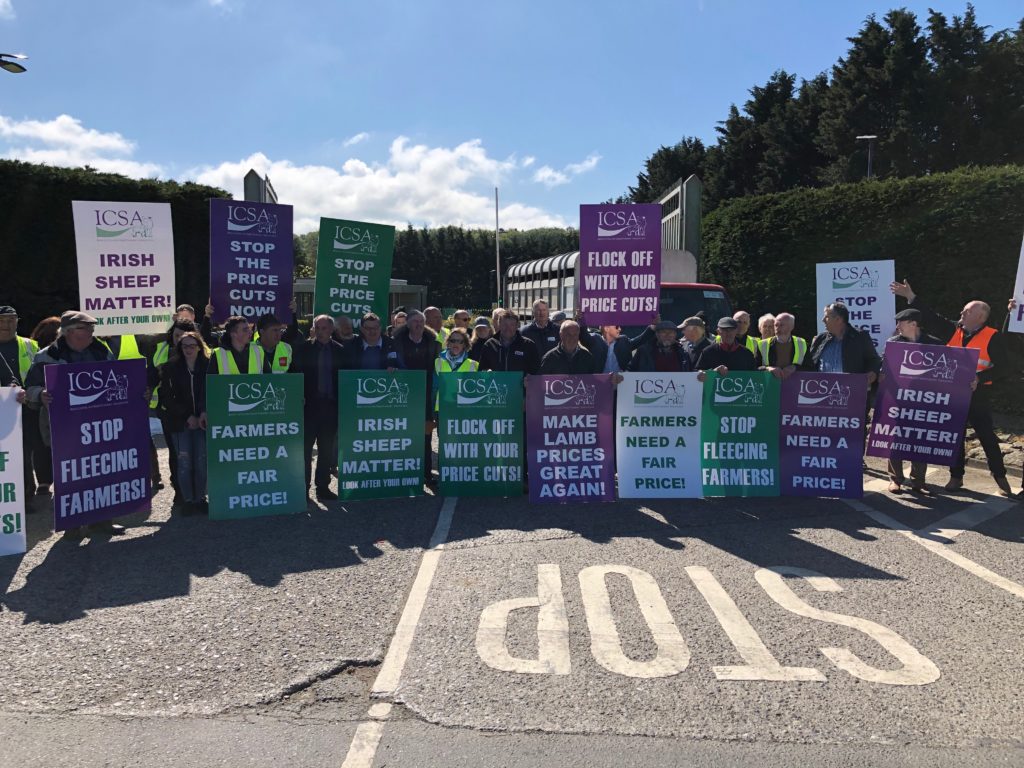 Farmers protesting at the gates of ABP in Cahir, Co Tipperary, over the price they are receiving for their cattle have produced a document outlining what they want.

The farmers have said they are not connected to the previous Beef Plan Movement protest, which ended at the Tipperary plant earlier this month.

The document, seen by the Irish Farmers Journal, contains 11 points.

The first five points focus on criteria for cattle to qualify for the in-spec bonus of 12c/kg.

The farmers want the 30-month age limit for steers and heifers removed, as they say only a small percentage of beef sold is required to meet this specification.

Meat Industry Ireland (MII) has said that the specification for many of the key customers for Irish beef, including China, is for under 30 months beef.

They also want the removal of the previous 70-day residency requirement prior to slaughter.

It has been reduced to 60 days after the recent talks.

On the four-movement rule, the document demands that “the exact requirements on movements which should be allowed when establishing a base price” be established.

The individual farmers said they wanted Irish beef farmers to be put first, stating: “A huge percentage of beef is exported in this country, yet beef continues to be imported into Ireland.

The farmers called for an independent review into the beef supply chain to establish the complete value of a beef carcase.

They said farmers were producing beef at a loss and wanted a percentage of the retail price which allowed for a continuous profit.

“If the retailer offers a special, they take the hit, not the farmer.

“The farming industry must remain able to continuously make a profitable margin,” the document reads.

They said a review was needed into the Bord Bia quality assurance (QA) scheme, which “awards the same certification to grass-fed beef as intensively produced feedlot cattle”.

The farmers said those who stood on a picket line during any beef-related protest must not be discriminated against by processors.

Finally, they are demanding a statement from Minister for Agriculture Michael Creed and Fine Gael as to how they felt the beef talks had reached a successful conclusion.

The farmers said primary producers were threatened with legal action and prevented from looking for a wage increase by the competition authority.

The 11-point document was agreed by farmers currently operating pickets outside factories and is intended as an agreement among farmers operating any further pickets, the Irish Farmers Journal was told.

Farmers at ABP in Cahir said they had secured a “gentleman’s agreement” with local vets that they will not attend the factory “for the foreseeable future”.

Gardaí were in attendance for a time and spoke to both protesters and those arriving with cattle.

In a separate development, the Tipperary Beef Plan Movement secretary Mary Ryan confirmed to the Irish Farmers Journal that the county’s chair Joe Trehy resigned from the role early on Monday morning.

Trehy had been hospitalised in an incident at a Beef Plan protest outside the factory.

She said that she did not know why he had resigned, but that the new chair would be discussed by the Tipperary members later this week.

Ryan said that the Beef Plan was not involved with the current ABP protest and said she believed the current protest by individual farmers was “futile”, but stressed that that was her personal view.

Make Sure to Apply for €100M BEAM Scheme Before Sept 8th