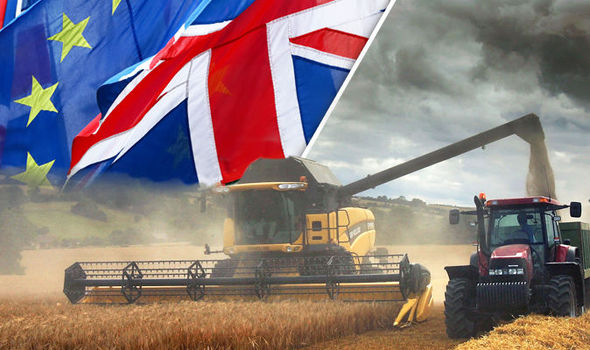 Brexit to drive down farmland prices in England and Wales

The price of farmland across England and Wales is set to fall further as concerns in relation to Brexit hit buyer demand, according to a new survey. A report by the Royal Institution of Chartered Surveyors (RICS) and the Royal Agricultural University (RAU) showed that 49{b28040870e2dde01f25bc5b483275391226143b34751c4bb8f1feeecaec925a1} of those polled expected prices to fall for all types of UK farms over the next 12 months.

The report found that people’s uncertainty over the impact of the Brexit vote is depressing demand as buyers question the future of the UK farming industry outside the EU.

Jitters in the sector were being caused by confusion over what will replace the Common Agricultural Policy (CAP), which delivers financial support to EU farmers including those in the UK.

But the UK Government’s recent announcement that CAP would be kept in place until 2020 — along with any agricultural schemes agreed to before the UK cabinet’s autumn Statement — could allay fears, according to RICS.

Jeremy Blackburn, head of policy at the Royal Institution of Chartered Surveyors , said: “The Government’s two or three year safety net was announced after our survey was closed, and, it remains to be seen how the rural land market will perform in light of these medium term measures.”

Commercial farmland, especially land in England and Wales, is expected to suffer the worst of the downturn going forward.

The price difference between bare farmland and those with homes attached has been growing, with house prices in most areas still on the rise over the past year, the survey found.

But there may be hope on the horizon thanks to the Bank of England’s recent rate cut and economy-boosting package of measures to help support lending to households and businesses.

RICS senior economist Jeff Matsu stated: “Going forward, at least some encouragement can be taken from the potential for the Bank of England’s monetary policy stimulus to support activity.”

He added: “The fall in sterling should prove beneficial to agricultural exporters and farmlands’ safe haven status may attract long-term investors, particularly for prime holdings.”

A full-scale Claas tractor has been built out of 800,000 Lego bricks