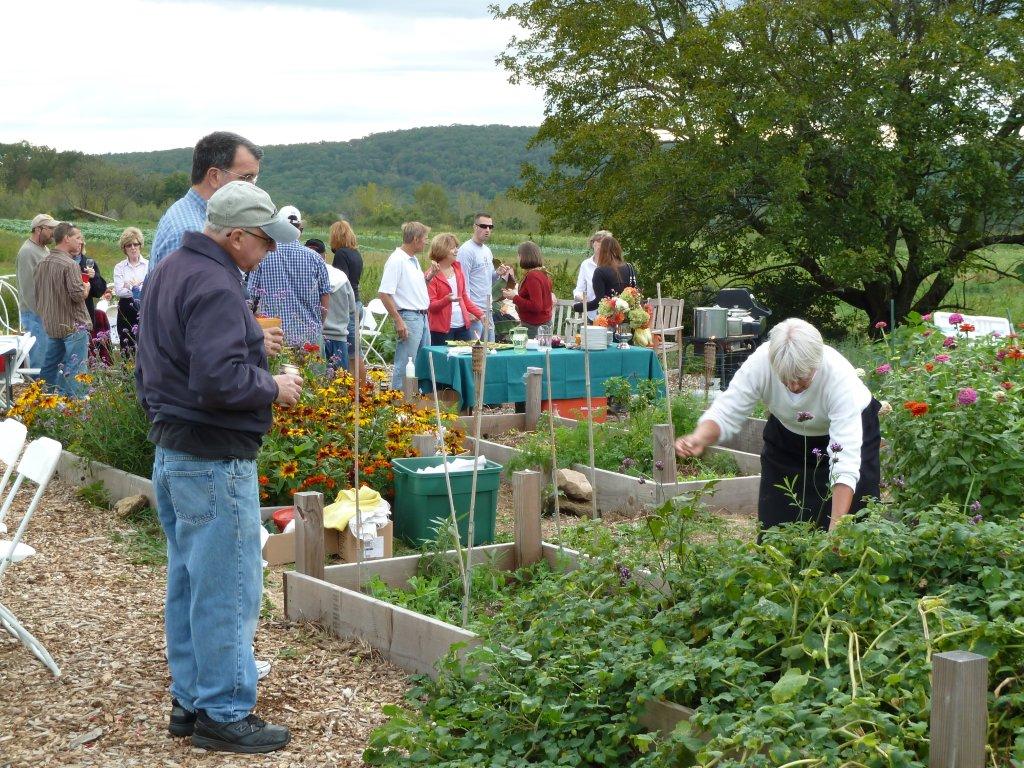 Community Supported Agriculture puts small-scale farmers like Fergal Smith back at the heart of rural society. Possibly the most unlikely candidate in the 2016 general election was professional surfer Fergal Smith, who ran for the Green Party as “a surfer who has returned to the land to start a Community Supported Agriculture (CSA) farm near Lahinch, as I believe wholeheartedly this offers the most realistic, scalable solution to the issues surrounding rural life in Ireland”.

Smith is Ireland’s premier big-wave surfer who introduced the world to the Aileen’s wave off the Cliffs of Moher. He is transitioning from the lucrative realm of professional surfing to growing organic vegetables on a CSA farm. But what exactly is a CSA?

At heart, it’s about consumers working in partnership with a local farmer by paying in advance for produce, so that the responsibilities, risks and rewards of farming are shared. It’s a way of retaking control and ownership of food production for consumers who would rather not buy produce grown in the likes of Dutch grow-factories or on cleared Guatemalan forests. There are thousands of such schemes in Europe and the USA, many of them over-subscribed with waiting lists for members, but so far Ireland has fewer than seven.

The largest and longest established is at Cloughjordan eco-village, Co Tipperary, and there are three around Dublin (Dublin CSA in Celbridge, Skerries Harvest Group and Derrybeg Farm). The latter offers a weekly box of vegetables and fruit year-round for either €600 or €800 depending on the size.

Smith is in the process of establishing his CSA on 17 acres of Atlantic hillside above Lahinch, with two professional surfer friends, Matt Smith and Mitch Corbett. Their farm is an expansion of their previous project, Moyhill Community Garden, which attracted attention for its Growing.ie videos, documenting their surfing and farming exploits, and the Friday summer cook-ups in which a portion of the weekly harvest was cooked up and shared with the community at parties that brought surfers, tourists, locals and visiting musicians together.

While the Community Garden and Friday cook-ups still continue (and are open to all), Moyhill CSA is a more ambitious project further up the hill. It has the dual ambition of being both a model and inspiration to others of how to live a sustainable and fulfilling horticultural life, while also providing an income for the three men and their families.

The communal and educational elements are key priorities and yet Smith realises the farm must also be profitable if it is to be an example to others of a viable alternative to mainstream farming. “Currently, there are three of us working full-time eight to 14 hours a day, six days a week, with about 10 people providing help each week and we’re still not making money. No business operates like that. Why should an organic grower work for nothing to feed people, to provide something they really need?”

Smith himself was reared on a one-acre organic vegetable farm near Westport where his father earned approx €22,000 a year (in the best years), by working from 5am until 10pm, with no days off, no help and no farm machinery. “That isn’t going to encourage anyone to be a grower. Even if you could make €60,000, it’s not attractive. That’s why I ran away from the farm and became a surfer. We are trying a different model here, with three farmers following the CSA model. The hope is that we will not be as tied to the land. We want to show that you can still have a life if the community agrees to help you out in running the farm. You can go for a sail or camping trip in the middle of summer.”

When the waves are good Fergal and his team still drop everything to surf. Life balance is key to their own enjoyment of the farm, but it’s also vital in coaxing others to attempt something similar.

“If we can show a job working outside, on the land, in your community that makes the same wage as a job selling computers and has the same freedom it should be just as attractive, if not more so. Then the landscape changes very quickly. But at the moment why would you ever become an organic grower? Because you can’t make any money from it. It’s hard work, there’s no incentive to do it.”

While Smith’s mission is challenging, he believes it is achievable. “The priority is to introduce people to good, fresh, local food and to explain the work that goes into growing it.” Their weekly stalls at Ennistymon and Miltown Malbay farmers’ markets and the Friday cook-up give them an opportunity to reach the community. Likewise, they make sure that people feel welcome to drop in at the farm any time.

“It’s really hard to have an open farm when you are working, but it is so important that people experience good working, organic farms. Until you see it in action you won’t understand what’s the difference between someone growing 20 acres of spuds, as opposed to 20 different farmers growing an acre. We really try to encourage people to come here by putting on interesting open days and free workshops on growing, cooking and green-building, and trying to work with the community.

“All the neighbours are really supportive and now the Brothers of Charity are sending two guys to us once a week to do a bit of weeding. Farms should be the hub of community, the focal point rather than something one just drives past. It can bring life back to the countryside; giving people important jobs with meaning. Making them want to stay in the area because they have a love for it, and can see a future in it.”

Smith hopes to turn a profit from his two acres of vegetables this year, but it’ll all go back into developing the farm which is still mostly exposed, rocky mountainside with a sticky soil they are feeding with copious wheelbarrows of seaweed, sand, compost and silage mulch. “We don’t use any machinery. We’re not even using the plough horses this year. We are making life hard for ourselves.”

The work can seem Sisyphean, but fuelling Smith is the conviction that this is the only viable way of ensuring the long-term health and wellbeing of ourselves and the land. A three-week road trip around established CSA farms in England and Wales last January proved to him that it is worth striving for.

The fact that there is so much support coming from both the local community and the wider international surfing world is a source of constant inspiration.

It accounts for some of the vibrancy that radiates from him as he drags yet another laden wheelbarrow along a mucky ditch through the rain.

A full-scale Claas tractor has been built out of 800,000 Lego bricks