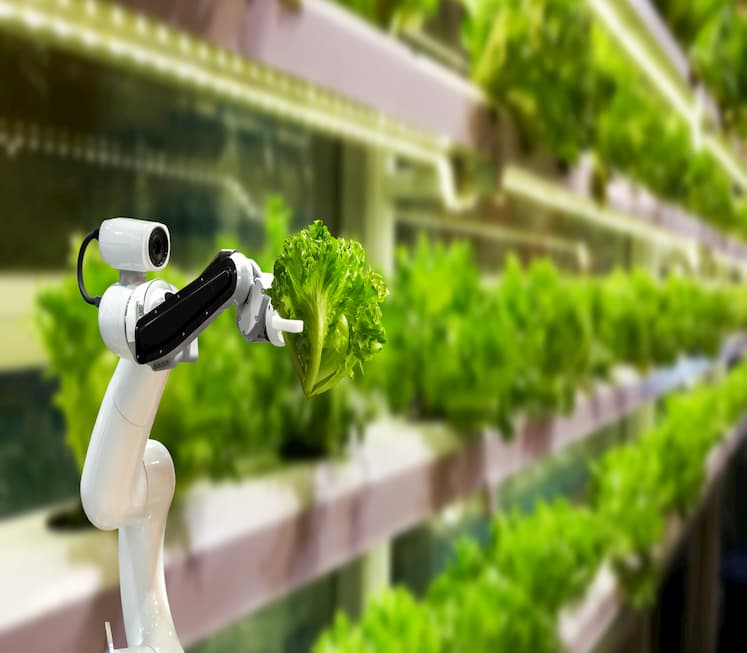 Agriculture is a very good example of one of these industries that has gone through a substantial technological shift in recent years. Precision agriculture in particular, involving drones, sensors, big data, environmental controls, farm management software, smart packaging and more have all resulted in a huge leap forward into the digital age.

Here we take a look at the five innovative agricultural technologies and practices that are changing agriculture across the world.

If climate change continues, scientists warn that food shortages could be more likely which will drive up prices. For this reason, public health officials have been turning their attention towards shoring up food reserves and finding alternative ways of farming.

Drones have many uses in agriculture, but one problem that’s been in the media a lot recently is around disappearing bees. Indeed some species are even at risk of extinction. This would be disastrous, as bees play a vital economic role as pollinators, helping maintain current agricultural production levels.

Lucky, drones are now being used in experiments to hopefully supplement the pollination efforts that remaining bees are completing. Other ways that agriculture is starting to use drones includes automated crop harvesting, aerial drone photography and even potentially in future as delivery drones.

2. Artificial intelligence, automation and the Internet of Things

Ask anyone what they think the future of driving might be, and most people will talk about driverless cars where AI takes full control. What people generally think less about however, is driverless vehicles on farms. Nevertheless Smart Ag, a company based in the USA, has announced its driverless tractor technology in the form of “AutoCart” software. Apparently this software will fully automate a grain cart tractor, providing farmers very welcomed assistance during the busy harvest season. This innovative technological step will allow farmers to automate their existing equipment too, to maximise its capacity and efficiency.

The AutoCart software is actually a cloud-based platform, meaning that these automated agricultural vehicles will become part of the global internet of things (IoT). Essentially however, automated vehicles are only one small piece of IoT innovation and machine learning in agriculture. A new AI system that uses a combination of voice recognition, machine vision, and temperature sensors for example is now being trialled to keep track of the health, wellbeing and location of pigs. Other cases of AI use include highly advanced disease detection in crops using a number of similar techniques.

It’s all exciting stuff, but is clearly just the tip of the iceberg. Much of the true potential of AI has yet to even be realised with the field still being very much in its infancy.

Whilst many people will have heard of blockchain within the sphere of cryptocurrency finance, the agricultural world is starting to incorporate this innovative new technology in a different way.

Most of the earliest blockchain applications in agriculture were with regard to supply chains and traceability; the status of crops could be recorded and updated using blockchain, right from harvesting through to delivery. The true benefit of this for larger operations in particular is a secure, highly accurate ledger where nothing ever goes missing in transit. All crops that belong to a specific farmer can be traced in real time.

Blockchain can also be used for resource management, like tracking other sensors and equipment for example, or maintaining machinery records.

The big thing about urban agriculture in particular is how to make the best use out of what is often very limited farm space. Urban farms can by nature be quite small, and could literally just be an outdoor traditional community garden. However they can still be very valuable, offering an environmentally controlled, self-contained pod. Sometimes they may even be stacked on top of each other – known as vertical farming. And despite the relatively small size, yields from vertical farming can be around ten times more efficient than traditional agriculture. Although vertical farming doesn’t promise to turn the way we farm on its head, it can make huge strides in efficient, productive farming methods.

Traditional farmers could learn a lot from vertical farmers in their design and building structures, making the most of smart design to increase yield and reduce waste.

As the world’s population continues to grow and take up more room, efficiencies in space and farming practices will become all the more essential for feeding ourselves. Unfortunately, no matter how intelligently we design and how high we build, humans are having a massive effect on the environment. Only the continuation of technical advancement in this sector can see us having any chance of keeping up with our own agricultural demands in future.

Scientists have now started to utilise CRISPR/Cas9 to carry out genetic “surgeries”. This allows them to identify and alter an organism’s genome by replacing or removing specific genetic sequencing on a strand of DNA. Now, CRISPR is being used to alter a cow’s gut microbes with the aim of controlling the animal’s size as well as reducing the amount of methane they produce. Adjusting the microbiomes of cows in this way could produce more meat on less food. This in turn leads to industry efficiency and increased profitability.

Scientists have also begun to engineer crops that can thrive on less water and yield more food. Of course, when messing with genetics in any ecosystem unforeseen challenges could arise there – we’ll have to be highly cautious that we don’t create more problems than we solve. 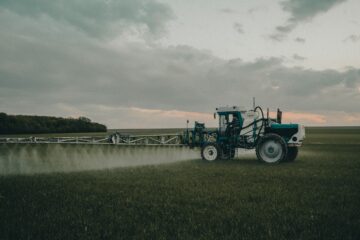 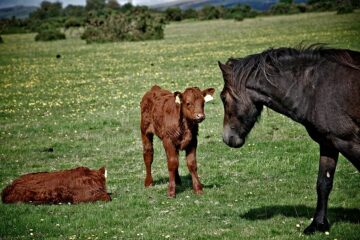 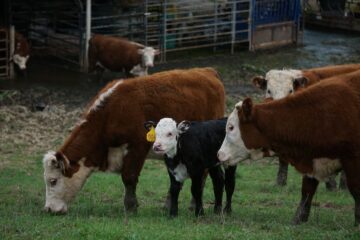