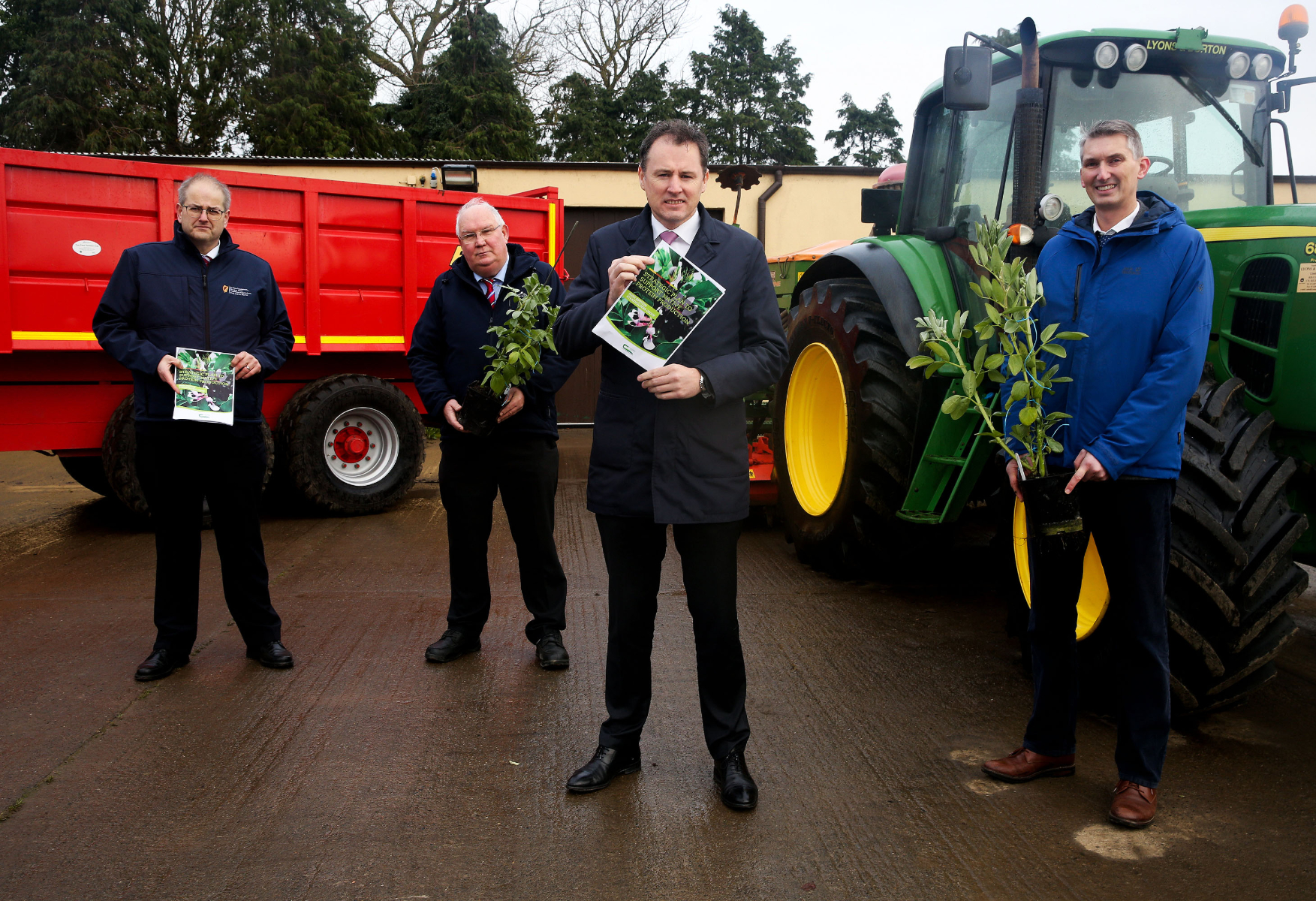 The Irish Protein Stakeholders Group have produced and published a strategic plan to double the growing area of the native protein crop. The Plan was launched by the Minister for Agriculture, Food and the Marine Charlie McConalogue TD.

The target set out by the Teagasc convened group is to support farmers to produce 130,000 tonnes of indigenous protein crops from 20,000 hectares in Ireland by 2030.

In launching the Strategic Plan, Minister for Agriculture, Food and the Marine Charlie McConalogue, T.D., welcomed the production of this plan by the Protein Stakeholders Group.

Minister McConalogue stated, “I am delighted to be able to launch the protein strategy and I am pleased that the targets of the strategy are very much aligned with my Department’s proposed CAP Strategic Plan to double the area grown to protein crops to 20,000 hectares.”

“I firmly believe in the long-term viability the tillage sector and I am convinced there is massive untapped potential within the tillage sector. I am committed to supporting the growing of indigenous protein crops through the next CAP with a proposed increase in funding for the Coupled Voluntary Protein Aid Scheme from the current €3 million per annum to €7 million per annum. Growing the area under Protein Crops is a win-win for our industry; it offers a support for tillage farmers and can play a huge role in reducing our dependence on imported crops.”

The group, which has representatives from the agricultural industry, farmers, Teagasc and The Department of Agriculture, Food and the Marine (DAFM) outlined three key strategies to achieve their goal:

3. Sustainability: create a greater recognition of the sustainability credentials of native grown protein crops to achieve climate change and biodiversity targets by the displacement of imported protein sources.

Minister McConalogue highlighted the benefits of increasing native production of protein crops from climate change, environmental and biodiversity viewpoints and which will greatly contribute to Ireland’s sustainability credentials. He also outlined the advantages of protein crops from an economic viewpoint to the tillage farmer. The Minister complimented the group of stakeholders which included all links in the protein crop chain from the farmer, seed industry, advisory, DAFM right through to the feed industry and believed that this approach will greatly enhance the chances of the group’s targets being met. The stakeholder group are connected to protein projects across Europe including the Legumes Translated project which aims to increase protein production across Europe.

Michael Hennessy, Head of Crop Knowledge Transfer Department in Teagasc said, “Irish tillage farmers have responded to the challenges of producing more Irish grown protein crops and will continue to rise to the challenge.  The animal feed market will be the largest customer of protein grains, however developing higher value food market is a priority to add value to protein grains and farmers’ incomes.”

Group member Liam Leahy from Dairygold said, “as a company we would be delighted to see the protein crop area increasing into the future where we can comfortably use up the 4 times our current supply as we find them an ideal crop to work with both with tillage and livestock farmers.”