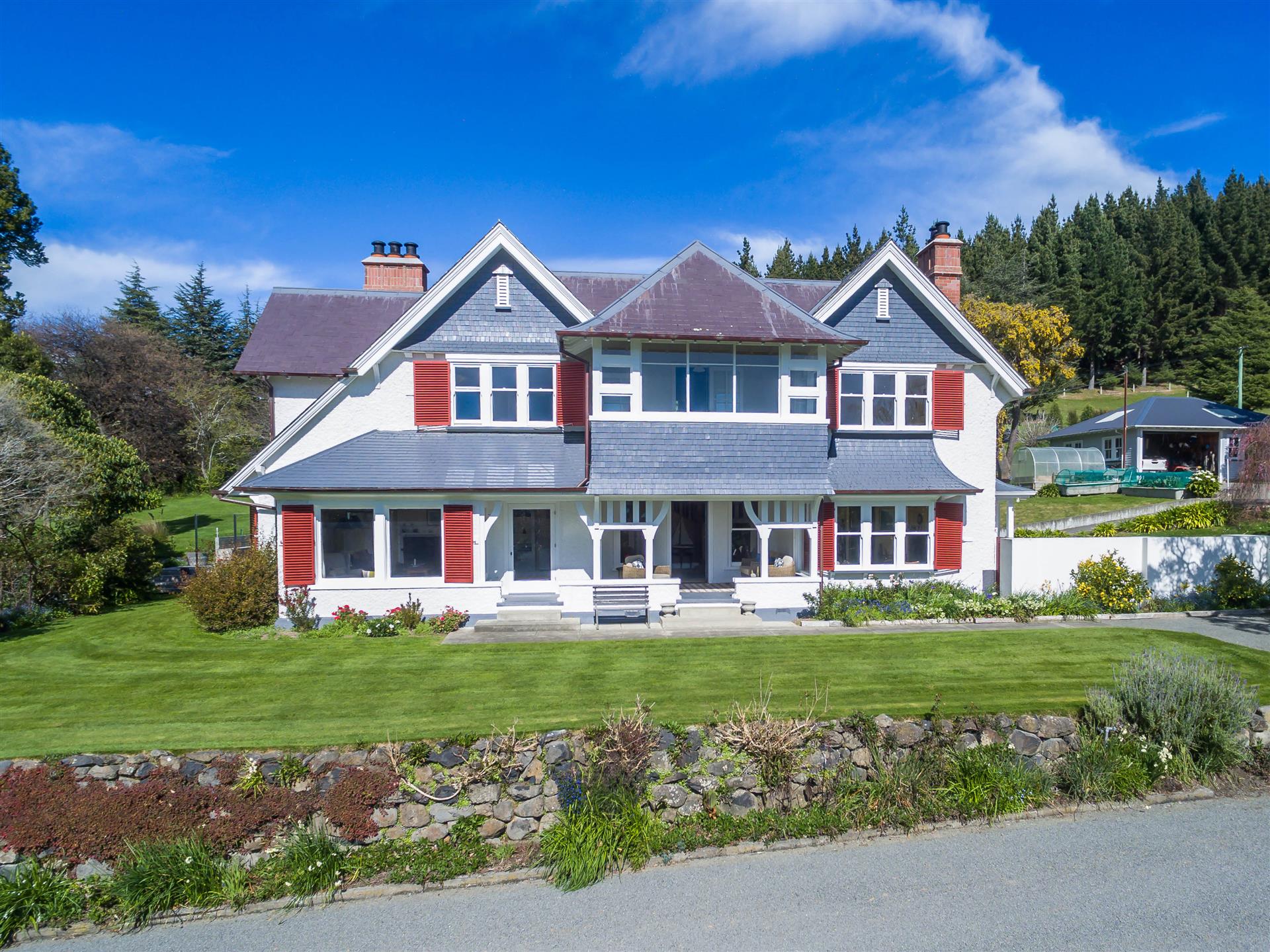 New Zealand Farm On Sale For First Time in 174 Years

One of the oldest farms in New Zealand that has a long-running history of ownership among members of the same family is now on the market for sale.

Glenralloch farm on Banks Peninsula in Canterbury winds its way back to Ebenezer Hay, a Scotsman who bought the land in 1843.

Ebenezer began farming the Canterbury land with 10 head of cattle.

The story goes that Glenralloch was named after the cottage Mr Hay was born in, located in the remote and windswept Scottish county of Argyllshire.

The original Hay family homestead on the property was flattened by a landslide in 1886.

What stands today is the magnificent Glenralloch Manor which was built in 1912.

The Manor includes six bedrooms, three bathrooms, a kitchen with butler’s pantry, large entrance foyer, multiple rooms for entertaining, and even a ‘boot’ room for boots and coats.

According to Ben Turner of Bayleys Real Estate Group, the farm is made up of two blocks, Glenralloch consisting of 274 hectares, and the neighbouring Manuka Bay block consisting of 226 hectares.

“Family folk lore passed down from generation to generation recalls the days in the run-up to Christmas 1850 when Ebenezer Hay was de-horning cattle on the headland of the farm from where he watched in absolute amazement as the Charlotte Jane, The Randolph and Cressy sailed past en-route to Lyttleton Harbour after their arduous journeys from the UK.

“The story has it that Ebenezer brought up the subject at the family dinner table that night, that there might be a few more farmers on the Peninsula over the coming summer months.”

Mr Turner said the two farms had been carrying high stock numbers previously, but the farm’s owners had been winding back their operations over the past few years in preparation for the upcoming sale of the property.

He said the two blocks were subdivided into a total of 62 paddocks and had history of generous fertiliser application over the years onto the clover pastures.

“Each generation of the Hay family has consistently improved and developed both the land and the infrastructure to a point where the property would be amongst the top land-holding offerings in the Canterbury region,” Mr Turner said.

“Ebenezer Hay certainly knew how to pick a prime spot. The Manuka Bay block has its own private swimming beach accessible via extensive farm tracks and is the perfect spot for the addition of a private retreat.”

Buildings and farm infrastructure on the Glenralloch/Manuka Bay properties include:

• Stables with the original straw and hay storage loft

• A bulldozer shed and

Glenralloch Manor is now being marketed for sale by deadline, with offers being take until 4pm on November 9th, 2017 through Bayleys Real Estate Group.