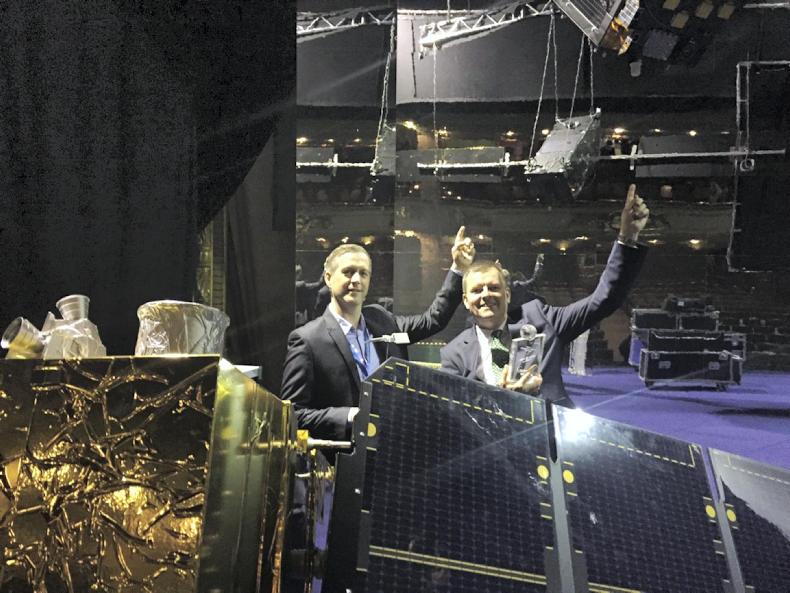 Irish company, FarmFlo, whose app eliminates paperwork for farmers and farm consultants, was announced as Ireland region winners of the 2016 European Satellite Navigation Competition on Wednesday.

FarmFlo Ltd was announced as Ireland region winners of the 2016 European Satellite Navigation Competition at the Satellite Masters Conference 2016 in Madrid on Wednesday night.

Farm Flo won for its easy-to-use app which is designed to plug into FarmFlo’s existing software to maximise efficiency for farmers by eliminating dreaded paperwork. The app also enables farmers to gather data on their mobile devices regardless of internet connectivity on the farm.

The location specific data on the mobile device synches to update farm software once connectivity is restored.

The app provides the user with off-line ability to pinpoint exact areas using satellite technology and record related information such as growth records of crops, causes of crop stress and action plans for problem areas, to be updated once internet connectivity is restored via a mobile network or wi-fi connection.

Welcoming the award, Dan O’Donoghue of FarmFlo Ltd said the product “enables greatly improved record keeping for farm planning and compliance, more efficient use of time along with much reduced stress for the typically self-employed, sole trader farmers and their professional advisers.”

Based in Donegal, FarmFlo launched in 2015 and their technology is already being utilised by many farmers and advisors across Ireland and the UK, covering hundreds of thousands of farming acres.

Full Story From The Farmers Journal