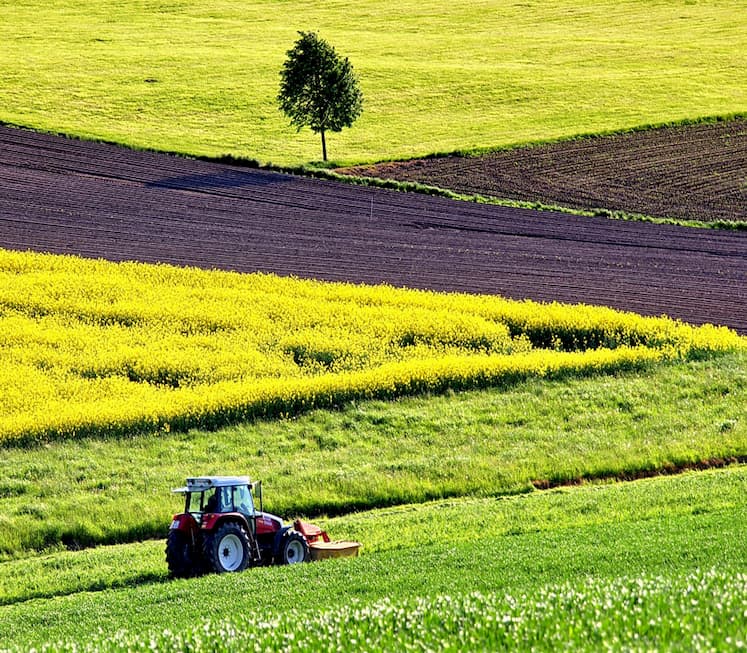 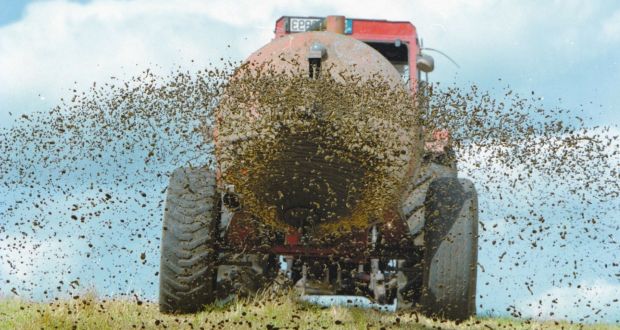 Ammonia gas – a nitrogen-based compound – is released during slurry spreading

Going vegan, buying organic, eating locally produced meat and dairy are all seen as ways consumers can help protect the environment, boost animal welfare and raise farm incomes. Flexitarians – those who only occasionally eat meat and fish – probably do all three in the same week. But, positive as those purchasing decisions can be, there’s a risk of them masking a larger environmental impact: exports.

Ireland exports about 90 per cent of its dairy and beef and half its pig meat. In 2019, dairy exports earned the country €4.9 billion, beef exports were worth €2.24 billion and pig meat exports €514 million.

The figures are impressive. But the economic weight of those exports – mainly to the UK, the Netherlands, France and China – means Irish consumer influence on the environmental and animal welfare implications of their food may be limited.

“People eating better food don’t tend to think about what is being exported,” says Dr Benjamin Ruddell, a food, energy and water expert at Northern Arizona University. He is one of a team of scientists working on the Fewsion Project, which studies the ways food, energy and water interact and move along supply chains.

What Ruddell sees are “two global markets that are bifurcating, creating a disconnect between domestic consumers and their country’s agricultural systems”.

On one track, says Ruddell, are the major agri-centres such as North America and Europe, where demand for more environmentally friendly foods is rising. On another are the lower-income, higher population growth, food importers, such as Africa and the Middle East, which are looking for the cheap dairy, meat and grain produced by those “agri-centres”.

In the Irish context, according to Dr Michael Williams from the Centre for the Environment at Trinity College Dublin, that means “we are exporting cheap meat and dairy and living with the pollution that causes, especially from reactive nitrogen.” Nitrogen pollution, he adds, risks “human toxicity from nitrates in water supply, greenhouse gas emissions, ammonia in the air and eutrophication of lakes and rivers”.

Williams agrees with sentiments in a June 2020 report from the US-based Institute for Agriculture and Trade Policy called Milking the Planet. The report describes large-scale dairying in the US, Europe, New Zealand and India as “an extractive model of production” that is “heating up the planet and hollowing rural communities”.

“Yes. High-volume dairy and livestock farms in Ireland can be compared to extractive industries like mining or oil production,” Williams says. Nor is it easy for Irish farmers to get out, he notes. “Europe is looking at boosting plant protein production, but there’s no real support for that here.”

Race to the bottom

Milking the Planet author Shefali Sharma describes the “mass production, export-dependent model” of dairy as a race to the bottom that damages rural communities and the environment. As dairy and meat processors get bigger and more powerful, Sharma says, they tend to drive prices below cost of production. The financial gap is typically filled, to some extent, by subsidies.

“It’s a perverse system where we pay farms below cost and then use taxpayer money to bail them out,” she says. The result for farmers and communities can include high stress levels and indebtedness, Sharma believes.

It rejected concerns about intensive farming’s downsides for the environment and animal welfare, adding: “Irish beef and dairy production remains centred around the family farm.”

Pippa Hackett, Minister of State with responsibility for land use and biodiversity, is less sanguine, pointing first to Ireland’s inability to feed itself. Citing figures from 2017 as an example, she says Ireland imported more than 72,000 tonnes of potatoes, 47,000 tonnes of onions, 62,000 tonnes of apples, 23,000 tonnes of cabbage and 15,000 tonnes of lettuce – all food that could be grown in Ireland. Although dairy farming is economically viable, the sector needs to deal with a range of issues including environmental damage and animal welfare concerns, she adds.

For Williams, one way forward would be to follow the EU’s lead and boost support for plant protein farming. Growing peas and beans has a dual benefit, he says. It offers Irish consumers and food producers a local source of high-quality plant protein, and provides “a natural nitrogen boost to soils”, reducing the need for synthetic fertiliser, one of the main sources of nitrate water pollution.

Another useful action would be to cap synthetic nitrogen fertiliser use, says Dr Elaine McGoff, a natural environment and water expert with An Taisce.

“EPA data shows dairy cow numbers have increased by 32 per cent since 2011, with fertiliser imports increasing by 38 per cent in a similar time period. Synthetic nitrogen fertiliser is a keystone of intensive dairy.” Without it, she adds, farmers find it hard to grow enough rye grass to feed expanding numbers.

Capping synthetic fertiliser use could have broad implications. On the production side, McGoff notes, it would help reduce the number of animals fed per hectare. That would help lower slurry volumes and the amount of ammonia gas – a nitrogen-based compound – released during slurry spreading. At the same time, it could encourage more precise nitrogen fertiliser use and reduce the nitrogen leaching into water supplies.

Ahead of any caps, however, McGoff says she would like to see an analysis of the correlation between water quality, nitrate pollution and dairy farms, particularly those granted nitrogen derogations allowing them go beyond standard limits.

“Until recently the Environmental Protection Agency (EPA) has not been able to access the necessary data from the Department of Agriculture to scientifically assess the link between nitrogen pollution and derogation farms,” she says.

Happily, an assessment could be in the works. Asked for comment, an EPA spokeswoman said it “recently received additional data from [the department] that will allow us to specifically assess the impact from derogation farms on water quality”.

In its reply to the same question the department said it signed an agreement with the EPA in November 2019 to provide “a framework for enhanced co-operation” between it and the EPA, enabling “both organisations to evaluate agriculture impact on the environment”.

Two maps provides indication of the links between dairy farming and nitrate pollution, while a recent US study has detailed significant human health risks from excessive levels of nitrates in drinking water.

The EPA’s most recent water quality in Ireland report shows the highest concentration of inland water sites with nitrate levels of 8mg-25mg of nitrate per litre are in the south, east and southeast of the country. A map produced by the Irish Farmers’ Association, shows the greatest concentration of dairy cows in 2019 was in the same regions.

Almost 18,000 farm families in Ireland are involved in production of high-quality consumer products and ingredients sold in 180 countries, according to the Department of Agriculture.

Ireland’s maritime climate favours a grass-based system of production where forage, particularly pasture, “extends approximately 90 per cent of our utilised agricultural area and is the largest component of the Irish cow diet”, it points out.

Typically grass forage accounts for 96 per cent of the diet on a fresh matter basis and 82 per cent of dry matter intake. Within the cows’ forage diet, grazed pasture is the dominant component and on average contributed 74-77 per cent to the average annual cow fresh matter diet.

“Our capacity to grow grass has underpinned the development of our dairy and beef sectors, and allows for the production of a product where demand is largely driven by the quality appeal of the food produced here, with its low environmental footprint, its grass-based system of production and strict traceability and welfare criteria,” it added.

This is not to say agriculture is off the hook when it comes to the environment, but rather that the sector is in a reasonable starting position, the department argues.

“It is important to acknowledge Ireland’s strengths and build on this to ensure collective buy-in by all in the agri-food sector to further reduce the environmental footprint of our food production systems and ensure greater alignment with our Paris Agreement commitments [on climate change]. This will include measures to improve water quality and reduce emissions.” 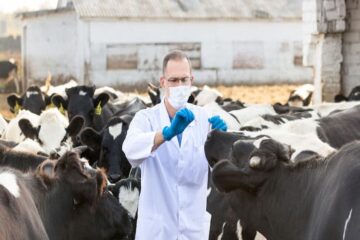 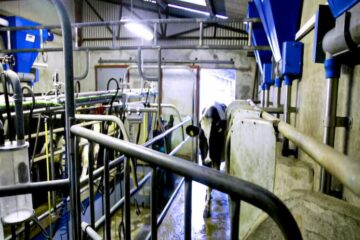