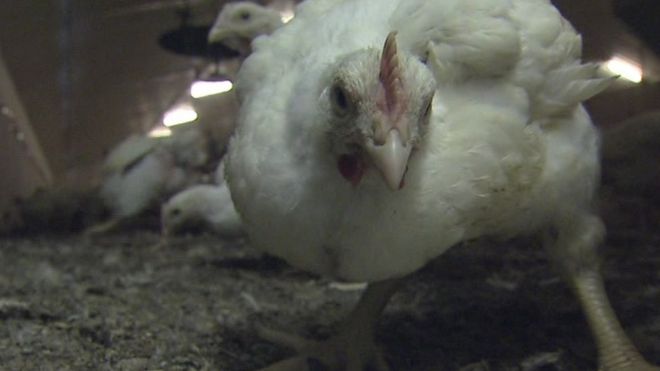 An investigation is being carried out to establish whether antibiotics seized at a UK airport were meant for poultry meat produced in Northern Ireland.

The investigation is being headed by the Department of Health.

The Police Service of Northern Ireland and officials from the Department of Agriculture Environment and Rural Affairs (Daera) are also involved.

“Daera, under its statutory role in the surveillance and sampling for veterinary medicine residues in food producing animals, is providing assistance to the investigation,” the spokesperson said.

The Food Standards Agency said it was aware of the investigation and was working to ensure there was no risk to the food chain.

Antibiotics can be used for animal welfare reasons, but are strictly regulated and should be prescribed by a vet.

But they can also be used as a growth promoter to reduce the amount of feed it takes to get a bird to slaughter weight.

It is understood Moy Park has taken steps to ensure that poultry from the farm at the centre of the investigation was not sent for human consumption.

The authorities and the industry have been working hard to try and reduce the use of antibiotics in agriculture in an attempt to combat anti-microbrial resistance.

It can lead to the development of disease-resistant superbugs which can transfer to humans and are difficult to treat.

The seizure of the antibiotics was first reported by the Guardian newspaper which said it involved a consignment of Chinese-made Amoxicillin.

Moy Park confirmed that the investigation centred on a privately-owned farm which supplied it.

“This matter is being investigated by the relevant authorities and we believe it is an isolated incident.”

It said the industry was subject to “robust antibiotic residue monitoring procedures” carried out by government vets.

It said the test results across its supply farms had been negative.

“Any breach of the strict regulation on the use of veterinary medicine is unlawful and completely unacceptable to us.”

There are rules around the time period that must elapse between the treatment of birds with antibiotics and their movement to slaughter to ensure there are no residues in the meat.