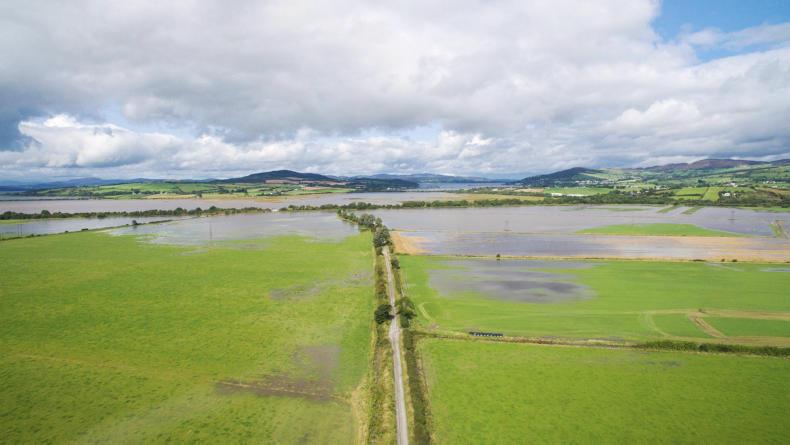 Just over one week on and farmers and their families affected by the flooding in the northwest are still coming to terms with the fallout, according to the President of the Ulster Farmers’ Union (UFU), Barclay Bell.

“Immediately after the floods, I and Deputy President Ivor Ferguson visited a number of farms in the area and witnessed the devastation first hand.

“While the damage was relatively localised, we were totally shocked and saddened by the unbelievable scenes of destruction that we saw,” Bell said.

“We are currently working to quantify the impact of the flood, but clearly it is a very serious situation for those affected and many of these farm businesses will have a long and difficult road ahead of them.”

Bell stressed that the UFU’s immediate priority in the wake of the flood is to ensure the availability of much needed practical help.

“Fields and sheds have been destroyed or seriously damaged from landslides. Livestock and crops have been lost. Crucial access roads and bridges have been washed away.”

The result is that many of those affected are faced with severe uncertainty about the future of their farm businesses.

“The UFU has already started holding clinics along with DAERA (Department of Agriculture, Environment and Rural Affairs), CAFRE (College of Agriculture, Food and Rural Enterprise) and Rivers Agency staff for farmers in these affected areas to provide assistance,” the president said.

“We clearly recognise that each individual case will be different, so it can’t be a ‘one-size fits all’ approach when it comes to offering guidance and support.”

The UFU says it is investigating a raft of possible options for financial aid for those affected by the flooding.

“We are acutely aware of the financial pressure facing these farm businesses. Much of the damage will not be covered by insurance.

“Currently, we are reviewing previous financial aid schemes that could possibly also be applied to this situation.

“This ranges from the extension of the existing emergency financial assistance scheme for domestic properties to non-domestic businesses, such as farms, which we managed to secure during the extensive flooding in both Fermanagh and around Lough Neagh in 2015,” he said.

Bell also mentioned the Farming Recovery Fund which was made available to farmers in England, for the widespread flooding that occurred there a few years ago, as another possibility.

“Cash flow will be a critical issue for these businesses and we have already been talking to government officials and politicians at both local and EU levels about these options,” Bell concluded.