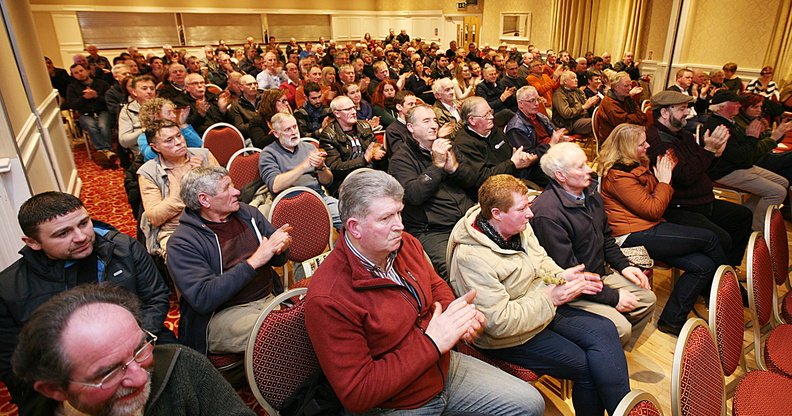 Calls were made by farmers from counties Leitrim and West Cavan for an action plan at the Irish Natura & Hill Farmers Association’s (INHFA) forestry conference last Friday (January 19th) at the Bush Hotel, Carrick-on-Shannon.

An action plan is required in order to save their farmland, their traditional farming practices, their towns, villages and local communities.

On the night the INHFA gave a presentation based on factual data collected from various sources including Irelands Department of Agriculture’s annual forestry statistics and a slide show of startling malpractice by those engaged in the forestry business with devastating destruction of the natural environment.

These negative impacts include habitat loss, water pollution and fragmentation of flora and fauna, along with local communities and established local farming practices.

“We must all listen to the people who have spoken here tonight. They have called for a plan of action, a plan of action to save their counties, their farm families, local communities, towns and villages and the family farm.”

In his closing speech at the conference Loftus pledged the commitment of the INHFA to work alongside the people of Leitrim and West Cavan and that the Association would be taking a certain course of action to help the farmers and communitys in those areas.

He stated that the INHFA would be taking the following course of action in the near future and will be meeting with Minister Andrew Doyle to highlight the fear within those communities. He highlighted other issues which included:

• A private members bill in the Oireachtas to amend forestry planning regulations
• A ban on clear felling
• Compulsory vaccination and micro chipping of badgers that become displaced during current clear felling practices
• Grant aid for Deer proof fencing.
• Higher grant aid for farmer owned plantations.
• Proper 20m fire belts surrounding plantations.
• Oireachtas to bring forward legislation to make agricultural land a special asset of the state,thus controlling the amount of land that could be planted in any one county.
• An end to monoculture plantations(all silka spruce)
• That Ireland must reach its 30% broadleaf commitments.
• Agroforestry to be considered by farming enterprises to mitigate the greenhouse gases produced on their farms.
Concluding the INHFA spokesperson reiterated his opening statement:

“If the Government have to meet carbon emissions targets then we all have a a problem,we must all be part of the solution.Don’t ignore us,come talk us and don’t sacrifice our way of life and vibrant rural communities.” 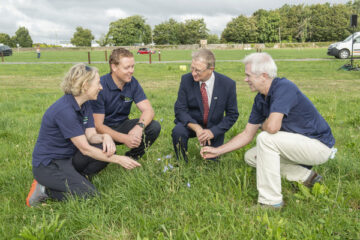 Farming for a Better Future – Technologies for Today & Tomorrow 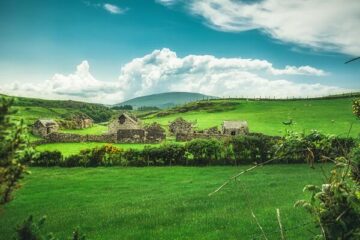 Child Safety Around the Farm 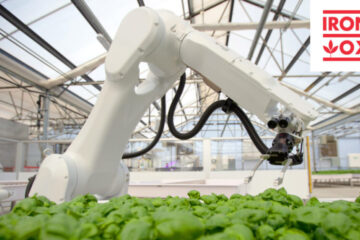